Last week I was in the very south west of the Netherlands at the Dutch coast in a place called Cadzand. Truly an amazing part of the Netherlands, with a breathtaking beach. Luckily the weather for most of the days was great so you can expect some nice shots to be uploaded in the upcoming time! However, on Saturday 25 July the heaviest storm ever measured in July in the Netherlands passed by and wrecked my tent. The storm forced me to leave the Dutch coast two days earlier, one positive point concerning the storm was that on my way home to Maastricht on the ferry to Vlissingen I had the opportunity to take a shot of the North Sea by storm. 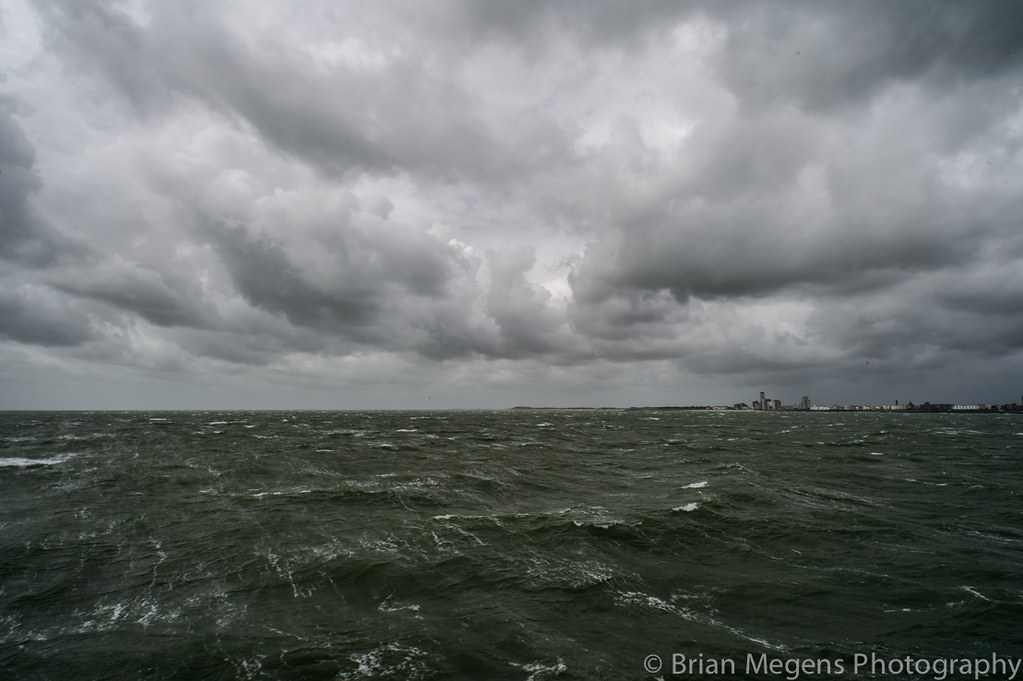